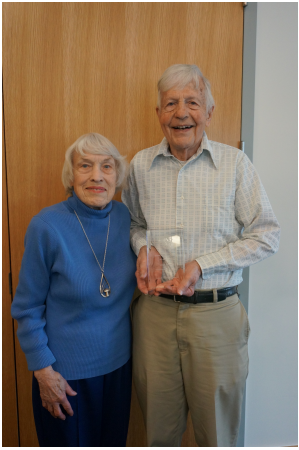 Congratulations to Wanda and Dick Macnair for receiving the Charles Jaros Award for Lifetime Achievement at the 2018 American Begonia Society Convention held in New Orleans in May.

The Charles Jaros Award is a Lifetime Achievement Award and is given to a member who over decades has contributed to ABS through selfless support to growers and members by sharing extensive and comprehensive knowledge of Begonia and also leading by example with positive regard for all, whether they be new or experienced growers, new or long-time members of ABS.

The recipient of this award has further uniquely contributed to ABS in a number of other ways, such as bringing new species into cultivation, taking ABS leadership roles, attending ABS gatherings, and/or supporting other members for greater involvement with ABS. 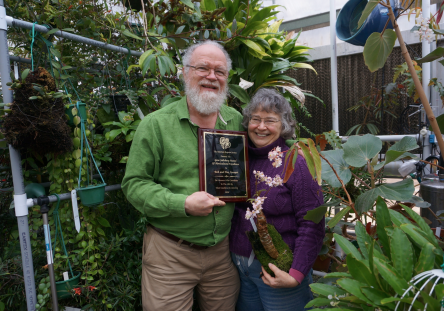 Congratulations to Bob and Dee Stewart for receiving the Gene Salisbury Award at the 2018 American Begonia Society Convention.

This award is given for exemplifying the very best in cultural practice, but who also brings to us by their careful work new species and hybrids. These are growers who contribute to our society simply through their excellence in growing begonias.
In 2016 Buxton Branch membership unanimously voted to sponsor an ABS award in honor of our dear members, Wanda and Dick Mcnair. Their enthusiasm, ability to teach and inspire newbie begonia growers, and the amount of time they spend working at the branch and the national levels is without precedent! 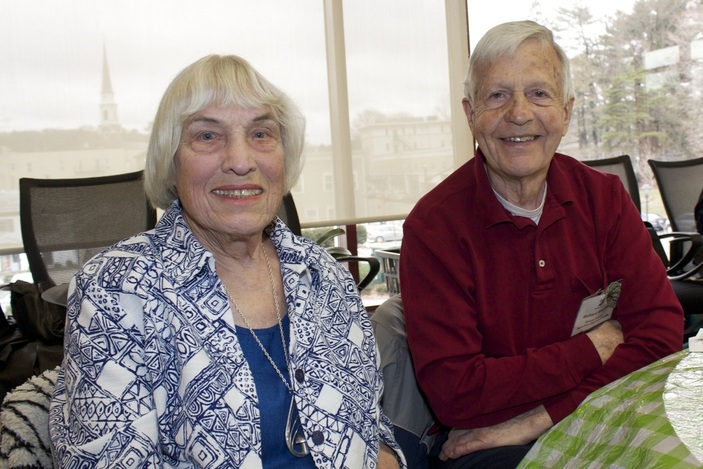 Normand Dufresne, a longtime member of Buxton Branch received the Eva Kenworthy Gray Award at the ABS Convention that took place in Tampa, FL. February 2014, for original contributions that assist members in the study of begonias.  Congrats Normand!

This individual has been a member for many decades.  These many years have been filled with much dedication to growing, sharing and writing about rare and unusual seeds and begonias.  Many of the subject begonias in these writings were produced and grown and then shared with countless members over the years. This person's monthly contributions of articles to the local Branch newsletter have been reprinted in various newsletters and publications.  He has been a great help to the editors of the Begonian for his ability to translate French from foreign members and French scientific journals. 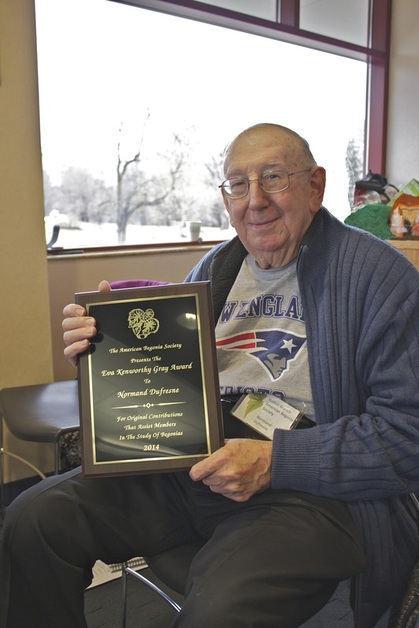